We have a professional team of routesetters at the Santa Fe Climbing Center. They take their jobs very seriously and love to climb. Each one of them takes pride in sharing this love for climbing movement with our members and guests by creating fun and challenging routes.

They add new boulder problems and new sport climbs every week. Their priority is to ensure that we have climbs for all ability levels with routes accommodating different climbing styles. Creating a large variety of engaging climbs so that we can serve all of our community members either for their training, weekly exercise or to just have a good time is what this crew strives for. 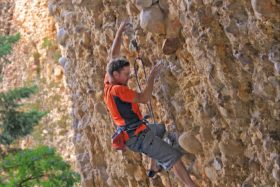 Rich has been climbing about as long as rocks have existed. Starting his climbing career in New York he eventually moved to the West for the vast amounts of rock and more days of sunshine. After settling in Santa Fe in 1995 he began developing a lot of the classic crags surrounding the area including El Rito, The Dungeon, and Las Conchas. When Rich isn’t hobbling around the gym setting, coaching, or climbing you can find him playing music, making huge bike jumps, or bolting more routes on some obscure rock face. We asked him what his favorite climbs are and he just said that there are too many to remember. 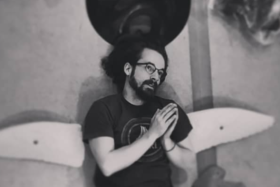 Gabe has been climbing for 4 years and setting for about 1 year, 3 months, 4 days, and 13 hours. He recently became a level 1 certified USAC setter. When he’s not climbing or setting you can probably find him running tables at Joseph’s Culinary Pub. He says he mostly works there for the free wine tastings and food discounts. If he’s not working he’s probably climbing or reading a super intellectual book at a coffee shop or a pub. Some of his favorite climbs come from when he visited New Zealand in 2013/14 and include Tuppimaster, Castle Hill, New Zealand, Beautiful Edges, Castle Hill, New Zealand. “’You miss 100% of the shots you don’t take”- Wayne Gretzky’-Michael Scott. 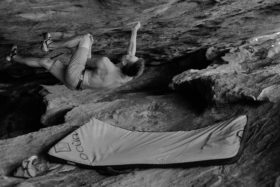 HarSimran, or Sim, has been climbing for 9-10 years and setting for 7. He started climbing at the Santa Fe Climbing Center and since then climbing has taken him everywhere from all around the Southwest United States, Spain, Thailand, and all the way to Australia where he climbed and set for a year. Some of his favorite climbs include Ammagamma, The Grampians, Australia, That big arête, Siurana, Spain, and Carpet Bombers, Roy, New Mexico. When he isn’t climbing he can probably be found climbing somewhere else or working on his big van. 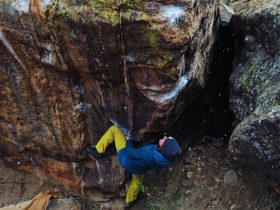 Amy started climbing 5 years ago while working at the Santa Fe Opera for the summer and has been climbing ever since. She grew up in Albuquerque but lived in Chicago for almost 11 years, working in theater, before moving back to her home state. She started setting about one year ago and has been setting off and on until she became a setter here in November of 2018. Amy fell in love with climbing because of the community so she strives to strengthen the Santa Fe community through her setting as well as leading Women’s Night every Tuesday. Some of her favorite climbs include Pumped Full of Roy in Roy, New Mexico and Moonshine Roof in Hueco Tanks, Texas. 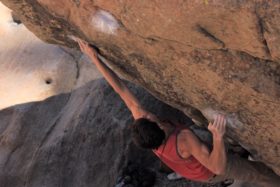 Eli started climbing 7 years ago in the climbing mecca of Boulder, Colorado. Shortly after he moved to Jordan and started to set at a gym in Amman. After moving to Santa Fe in 2015 he worked at the gym for a while and then left again to travel in far flung places like China, Laos, Vietnam, and Spain. After returning he worked summer camps and started to set with us. He is now a level 1 certified USAC setter and sets full time. When he’s not setting or climbing on real rocks, Eli likes to make things, such as the holds you climb on, and run around in the mountains. Some of his favorite climbs include Pussa Yan, Getu valley, China, Bullet in the Blue Sky, Penitente, Colorado, and Serenity, the Bat Cave, New Mexico. Favorite quote: “As the pattern becomes more intricate and subtle being swept along is no longer enough.” 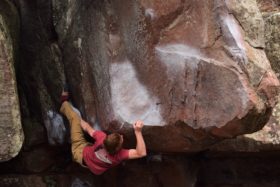 Ben has been climbing off and on since he was about 12 years old. He started setting full time sometime in 2016and is already a level 1 certified USAC setter. Ben is an incredible craftsman and can do just about anything with just about any material, which translates well into his setting. If something new gets built in the gym it’s a safe bet that Ben built it. Some of his favorite climbs come from far flung countries like Spain and Ireland and include mega classics like Robobluques, Albarracin, Spain, and Andy’s Arete, Glendolough, Ireland. When he’s not at the gym he either brewing beer at his other job, mountain biking, or watching a bad movie. 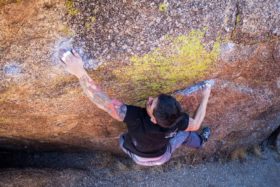 Anthony started climbing after running by people bouldering at U-Mound. After that he began to meet people while trying out bouldering and instantly became hooked. Now, 6 years later he has been setting at his home wall for 4 years and for just over a year commercially. He is now a level 1 certified USAC route setter. Anthony is pretty much the toughest guy you’ll meet. When he isn’t climbing he can be found welding bumpers for big trucks, running, or fixing up one of his 47 vehicles that he owns. His favorite climbs are the ones that people usually find way too hard to touch and include Another New Pair of Shoes, Sandias, New Mexico, Daisy, also in the Sandias, and Movements, Jemez, New Mexico.